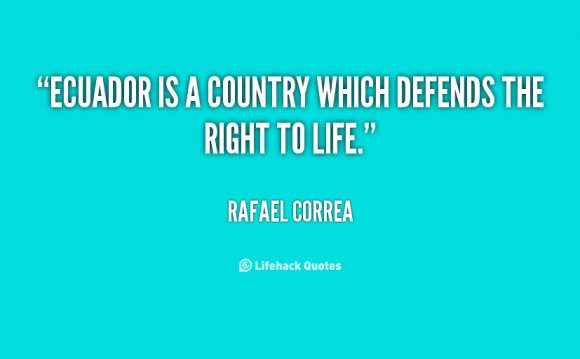 The South American nation of Ecuador has wide appeal for tourists-a warm climate, vast mountains, plenty of beach resorts and the wilderness wonders of the Galapagos Islands. But travel to Ecuador also carries major safety risks. Tourists must take preparatory steps to avoid illness during the trip and use extreme caution and street smarts throughout the voyage.

Travel to Ecuador puts you at risk for certain diseases, so the United States Centers for Disease Control and Prevention recommends visiting a travel-medicine clinic four to six weeks before your trip. According to the CDC, travelers should receive routine vaccinations including the MMR (measles, mumps and rubella) vaccine, the DPT (diptheria, pertussis and tetanus) vaccine and the polio vaccine. Travelers also should be vaccinated for yellow fever, hepatitis A and B, typhoid and rabies. The CDC recommends antimalarial precautions for travel to anywhere in Ecuador with an elevation less than 4, 921 feet. This includes prescription medication, insect repellent and the use of long pants and sleeves. Travelers should sleep with bed nets in air-conditioned rooms or well-screened rooms. Malaria is not present in several major Ecuadorian destinations such as Guayaquil, Quito or the Galapagos Islands, according to the CDC. Bring over-the-counter diarrhea medication and portable water filters if bottled water is not available.

As of 2012, The U.S. State Department rates Ecuador has "Critical" for crime. Ecuador has a high rate of violent crime, and U.S. tourists are frequent targets. Crimes include murder, armed robbery, kidnapping and sexual assault in tourist destinations and in far-flung areas. The State Department recommends using radio-dispatched taxis rather than street cabs or public transportation, as carjackings and armed robbery are common with these modes of transit. This problem is particularly rampant in Guayaquil and Manta. Travelers should use caution at all times, even when traveling in groups and in heavily populated areas. Avoid deserted beaches, trails and roads, and the inner portions of parks. Tourists should travel in groups at all times. Avoid travel to the northern border. Political demonstrations are a common occurrence in Ecuador and tourists must stay away from them and avoid participating.
The British Foreign and Commonwealth Office reports that attackers in Ecuador have increasingly used the drug scopolamine to take advantage of tourists. Tourists may ingest the drug unknowingly through food, drinks and cigarettes, and even sprays or powders. Tourists are advised never to accept unsolicited food, beverages or cigarettes and not to accept anything a stranger offers, even a pamphlet or leaflet, as the body can absorb the drug through the skin.

Pickpocketing and other petty theft are common in Ecuador. The State Department recommends leaving expensive clothing and jewelry at home. While walking in public, wear your backpack on the front of your body to avoid becoming an easy target for snatch-and-run thieves. Travelers using ATMs must look for thieves who watch from afar, race to the victim on a motorcycle and flee the scene quickly. According to the British Foreign and Commonwealth office, some thieves perform "express kidnappings, " or short abductions during which kidnappers force victims to withdraw money from their bank accounts.
High-crime areas, according to the British Foreign and Commonwealth office, include La Carolina and El Ejido parks in Quito and in the districts La Mariscal, La Carolina, La Floresta and La Marin. The old-town neighborhood and central bus station also are dangerous. Travelers to Guayaquil should use caution in Kennedy, Alborada, Urdessa and Malceon Simon Bolivar regions.

Hamad the biggest name in the desert name in sand visible ...

The Language Made Up Entirely of Whistles — TodayIFoundOut