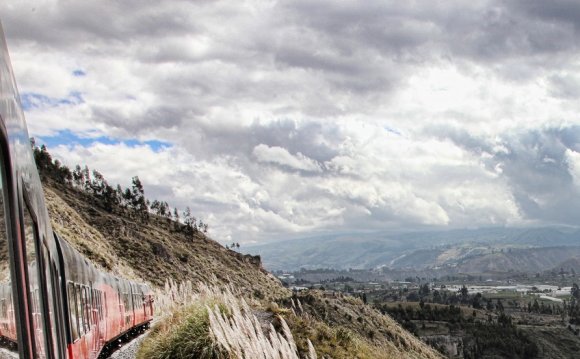 Ecuador nightlife varies greatly from the big cities of Quito and Guayaquil to the smaller towns of Banos and Montanita.

Generally speaking, the larger cities which feature modern bars and discotecas will cost you more than grabbing a beer in the Amazon, mountains, or beach.

Banos has a good reputation for partying, but the small surf and hippie hangout of Montanita on the Pacific Coast is the party capital of the country.

During the Summer, it’s common for Ecuadorians from around the country to vacation in Montanita. There’s a whole contingent of young people from nearby Guayaquil who would prefer to escape the city for the beach every weekend.

In addition, the surf town’s casual vibe, and relaxed policies on marijuana, attract lots of other South Americans from Argentina, Chile and Colombia, as well as foreigners from around the world.

Montanita is especially well-known for being a crazy (and crowded) place to celebrate New Year’s Eve.

Ecuador Nightlife – How to Party in Ecuador

Every Ecuadorian city features a Zona Rosa, or main nightlife district, where you’ll find the highest density of bars, discotecas (clubs), and restaurants.

In Cuenca, you’ll find the Zona Rosa along Calle Larga, within easy walking distance of the historic center.

Most of the bars and discotecas in the pueblos, such as Banos and Montanita, are centrally located. Just follow the music and you should have no trouble finding the action.

When to Go Out

Nightlife in Ecuador is pretty quiet Sunday through Wednesday, unless you know the right places to go to (hint: ask the locals).

Arrive early (before 11 PM) if you want to get a good table at discotecas on the weekends, and avoid any lines at the popular places.

During the Summer in Montanita, for example, you’ll find people drinking and hanging out in the streets until sunrise.

Dress codes apply to a very small minority of discotecas in the big cities. 99% of the time you won’t need to worry about dressing up for a night of partying in Ecuador.

For both men and women, jeans, t-shirts, and sneakers are fine. The women tend to dress up more than the men, which is the case for much of Latin America.

Update: Based on the feedback of several Ecuadorian readers, I’ve revised this section.

There’s a wide mix of music in Ecuador. Middle and upper class Ecuadorians prefer electronic music, and these clubs are common in the big cities. During the Summer months, weekly raves are held at one particular club in Montanita. Heavy metal is also popular.

Caribbean music, such as salsa, bachata and reggaeton can also be heard at bars and clubs, but based on the feedback from some Ecuadorian readers, these genres are seen as being music for lower class citizens.

A Warning About Cover Charges

Bars and discotecas in Ecuador handle cover charges in different ways. To save you money and potential arguments with bar staff, it’s best to be aware before you go.

1. Paying a cover charge, and buying individual drinks in the discoteca. This is the Western way of doing things.

2. Being required to spend a pre-defined amount of money on drinks, instead of having to pay a specific cover charge.

3. Being required to pay a cover charge that includes one or more “free” drinks, though your options may be limited.

Some discotecas will issue you a debit card when you enter. This is then presented to the bar staff instead of paying with cash. At the end of the night, you present the debit card and pay a cashier before you can leave.