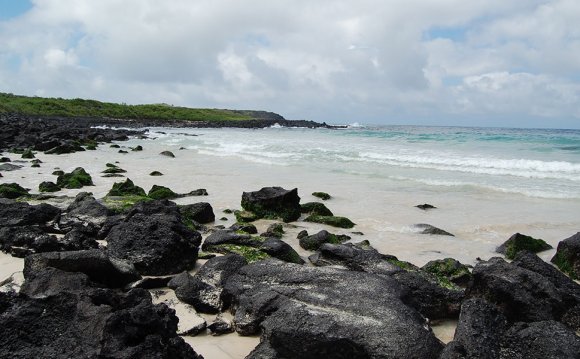 Blessed by their isolation from the mainland and their equatorial location, the Galapagos Islands are beautiful all year round, making it so there is no single time of year that is better than another for visiting. However, there are a number of factors that may influence your plans when you are deciding when to visit the Galapagos.

Many tour operators consider April & May and September & October to be their low season months. During these periods, the tourism in the Galapagos decreases and many boats lower their prices at this time in order to attract more passengers on board.

During the high season, many boats will be booked far in advance, so make reservations months before you plan on travelling. If making last minute reservations, you may have to choose a boat that is not your first choice.

The climate of the Galapagos is always conducive to boat tours, but there are slight climatic variations throughout the year. From June to December, the southern tradewinds bring the colder Humboldt Current north to the Galapagos. Therefore the water is cooler.

In effect, the highlands of the larger islands are kept green and lush, while the sea level islands and shorelines have little precipitation. Thus, June to December is generally called the "dry season" which is known for its blue skies and mid-day showers. During this season, sea mammals and land birds are most active.

This is the perfect time for observing the sea birds' courtship displays. The warmer waters of the southern flowing Panama Current head strongly towards the Galapagos again around December when the southern tradewinds blow more softly. Then the cooling factor of the Humboldt current recedes and the waters are warmed.

The time period between December and May are considered the "warm season". During this warmer season, the Galapagos' climate is more tropical with daily rain and cloudier skies. The island birds are especially active during that season. The ocean temperature is warmer for swimming and snorkeling. Great wildlife is guaranteed no matter when you visit.

There are a number of animals, particularly sea birds, that have specific breeding patterns. For example, the waved albatross come from all over to Española Island to stay for the rest of the year. In October, their courtship is at its peak and is a sight to see.

Other animals have specific seasons during which they breed, and are more active or more abundant in the water during these periods. Take a look at our wildlife section and read up on a specific animal to determine if there is an animal season you just can't miss.

Galapagos Ecuador The Adventure aboard our cruises

Island hopping around the Galapagos Islands