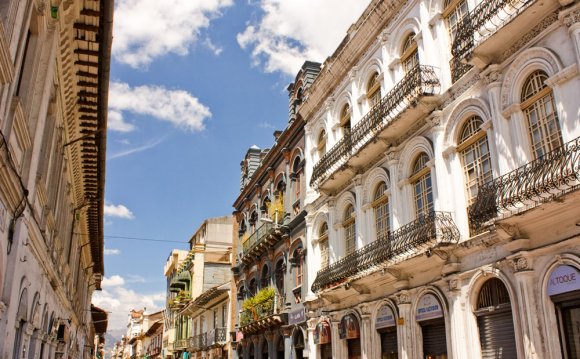 Robberies are the leading cause of homicide in Ecuador capital Quito, according to a new report, raising questions as to why high street crime so frequently escalates into murder.

According to statistics compiled by Ecuador government institution the Metropolitan Citizen Security Observatory (OMSC), between January and October this year, 42 people were murdered during robberies in Quito, compared to 41 over the same period in 2012, reported El Comercio.

In contrast, the number of murders attributed to fights and personal disputes fell from 53 cases in the first 10 months of 2012 to 29 in 2013.

However, police dispute the figure, saying of the 153 murders they have registered, 103 were a result of fights, vengeance, family disputes or psychological and emotional problems, while the rest could be accounted for by assaults and robberies.

There seems to be a large gap between the police figures and the statistics compiled by the OMSC. While the reasons for this are not clear, both sets of figures show that robberies account for a large percentage of murders in Quito, raising questions as to why theft so often results in murder.

One possible reason for this would be access to firearms, as robberies carried out with guns are far more likely to result in murder if they do not go smoothly than those carried out with other weapons such as knives.

Another possible reason is impunity levels, as thieves will be less reluctant to use violence if they feel there will be no consequences. As lawyer and criminologist Gonzalo Realpe told El Comercio, "The aggressors feel sure that they can inflict harm knowing that in very few cases will it result in a prison sentence."

The figures also suggest that despite the rise in drug trafficking in Ecuador and expansion of micro-trafficking networks in Quito - some of which have been run by Colombian groups - common crime and personal disputes still account for more violence than organized crime.