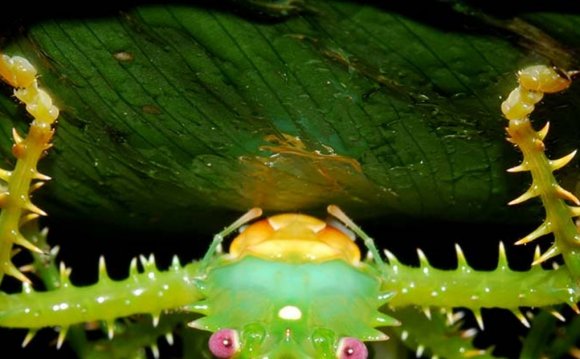 Activities to do in Ecuador

Having so much untamed wilderness within easy striking distance of major population centres, Ecuador is a superb destination for outdoor enthusiasts. Traditionally it’s been a target for climbers, boasting ten volcanoes over 5000m, including the beautifully symmetrical Cotopaxi, and the point furthest from the centre of the Earth, the summit of Chimborazo. Ecuador has been making a name for itself in international rafting and kayaking circles and has a broad range of exciting runs packed into a small area. Hiking, mountain biking, surfing, diving, fishing and horseriding are all also widely available. Birdwatching is one of the biggest draws, with Ecuador’s extraordinary biodiversity supporting more than 1600 bird species, almost a fifth of the world’s total.

Not all of the higher peaks require previous mountaineering experience; many beginners make it up Cotopaxi, for instance, which demands physical fitness, stamina and sheer determination rather than technical expertise. Others, such as El Altar (5319m), are technically difficult and should only be attempted by climbers with experience behind them. It’s essential an experienced and utterly dependable guide, whose first concern is safety, accompanies climbers with limited mountaineering experience. Ecuador’s best-trained mountain guides are those certified by an organization called ASEGUIM (Asociación Ecuatoriana de Guías de Montaña, Pinto E4-385 and J.L. Mera in Quito, t , w whose members have to pass exams and take courses spread over a three-year period before receiving the Diploma de Guía. It’s always worth paying the extra for an ASEGUIM guide (usually in the region of $120–250 in total per person, per climb depending on length) – even relatively straightforward, non-technical climbs carry an inherent risk, and your life may depend on your guide. More experienced climbers should also seriously consider ascending with a guide, whose intimate knowledge of the route options, weather patterns, avalanche risks, glaciers and crevasses can make all the difference to the safety and success of an expedition, especially when the rapid melting of the glaciers is changing routes and climbing conditions at a pace. For a list of recommended guides, For more information, see Climbing and trekking operators and Guided tours and climbs around Riobamba.

December and January are generally regarded as the best months to climb, followed by the dry summer months of June to August. March, April and May are considered the worst months, but because of the topography and microclimates of the land, several mountains, such as Cotopaxi, are more or less climbable throughout the year. The weather is highly changeable, as are snow and glacier conditions. Unlike their alpine counterparts, Ecuadorian glaciers do not follow normal patterns of ablation and accumulation in summer and winter months respectively. Instead, glacier conditions can change from day to day, meaning the technical difficulty is also constantly changing; all the more reason to employ a properly trained guide who knows the mountain and its variable conditions well.

All your equipment will be provided by the guiding company if you’re going with one, or can be rented from the listed companies or from specialist mountaineering outlets in Quito if you’re not. If you have your own plastic mountaineering boots, it’s recommended you bring them with you; they will invariably be in better condition than most of the boots otherwise available. Check the equipment over very carefully before deciding which company to sign up with. Guides also provide all food on the climb, but you should take your own chocolate and nibbles to keep your energy levels up, as well as your own water bottle. Accommodation is usually in mountain refuges, which serve as the starting point of the climbs. You will typically only get three or four hours’ sleep before a big climb, as it’s common to set off around midnight or 1am to arrive at the summit around dawn, and descend before the sun starts to melt the snow.

Go Dubai - Activities to Do in Dubai

Stelian Ilie 5 Things to Do in Ecuador

10 Fun Things and Activities to do in Langkawi, Malaysia # ...