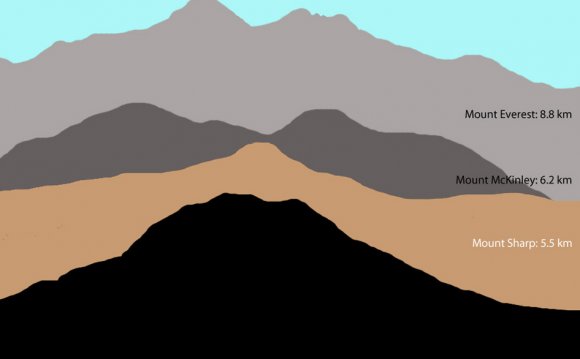 How tall is Mt. Everest?
The official altitude of the world's highest peak is 29, 029 feet (8, 848m). However, the National Geographic Society has determined the height to be 6 feet taller, 29, 035 feet, but the Nepali government has not yet been made this new altitude official.

Shifting tectonic plates continue to push Everest upward, along with the whole Himalaya mountain range, at 1.6 to 3.9 inches (4 to 10 centimeters) per year.

Where is Mt. Everest?
Everest is part of the Himalaya mountain range along the border of Nepal and Tibet. It is located 27° 59' North latitude, 86° 55' East longitude.

Why is it called Everest?
In 1841, Sir George Everest, Surveyor General of India from 1830 to 1843, first recorded the location of Everest. It was subsequently named "Peak XV". In 1865, it was renamed Mt. Everest to honor Sir George.

Everest is also called Chomolungma in Tibet and Sagarmatha in Nepal.

How does your body get used to the altitude?
Mountaineers climbing Everest establish a camp at the base of the mountain, and four higher camps before reaching the summit. For the next 30 days or so, they will move up, then down again, allowing their bodies to get used to the reduced oxygen content of the air. This process is called acclimatization.

Acclimatizing properly is essential to safely ascend to high altitudes. Climbers acclimatize by ascending slowly, resting one day for every 1, 000 feet they climb in one day. They drink plenty of liquids and eat healthy food. They also practice a rule of thumb: climb high, sleep low. Climbing high, then descending to lower altitudes allows the body to build up and gain strength with fresh oxygen, digest food better, get sounder sleep and any wounds can heal and they'll feel much stronger by descending. It was also allow them to build up their bodies, worn from the low O2 content, with fresh oxygen.

Some climbers don't like to go down, but the significant benefits on the body from staying at lower altitudes make it worth it. It's important that the climbers don't stay down too long because it's possible to lose some acclimatization in the process.

What is the hardest part about climbing Everest?
Each climber has a different opinion about what is the most difficult part of climbing Everest. Most would agree, though, that the altitude is tough to deal with. And most will also have stories about crossing the infamous Khumbu Icefall going from Base Camp to Camp One. Mountaineers climb through this moving sea of ice using ordinary aluminum garden ladders.

When was Everest first climbed?
On May 29, 1953, Tenzing Norgay Sherpa of Nepal & Edmund Percival Hillary of New Zealand climbed to the summit of Everest via the Southeast Ridge Route

What are some other important "firsts"?
The first woman to climb Everest was Junko Tabei of Japan. She climbed via the Southeast Ridge on 16 May, 1975.

Appa Sherpa has made the most successful ascents of Everest. He has reached the top 11 times.

On May 8, 1978, Peter Habeler of Austria and Reinhold Messner of Italy climbed made the first ascent without bottled oxygen via the Southeast Ridge.

Ang Rita Sherpa has reached the summit 10 times, all without oxygen.

Babu Chiri Sherpa set the speed record from the Nepal side.

At age 16 Temba Tsheri Sherpa become the youngest person to Summit Everest in 2001.

American Sherman Bull, at age 64, is the oldest person to summit Mount Everest, also in 2001.

Anna Czerwinska was born on 7/10/49 and climbed Everest from Nepal side, making her the oldest woman to reach the summit.

On 24 May, 1996, Hans Kammerlander of Italy Hans made the fastest ascent of Everest via the standard North Col-North Ridge-North Face. He left base camp at 6, 400m on 23 May at 5pm and was on the summit 16 hours, 45 minutes later at 9:45 am the next day. He descended most of the route on skis.

Andrej & Marija Stremfelj of Slovenia were the first married couple to summit together on 7 October, 1990.

Peter Hillary of New Zealand was the first son of a summiteer to reach the summit on 10 May, 1990.

First Ascent by an American was made by James Whittaker via the Southeast Ridge Route on May 1, 1963. Whittaker summitted with Sherpa Nawang Gombu.

Stacey Allison made the first Ascent by an American Woman via the Southeast Ridge Route on 29 September, 1988.

Highest Mount Everest In The World.