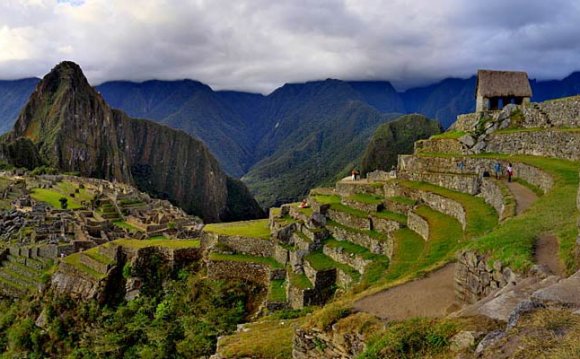 “I made my first trip to the Galápagos in 1966 when I was 16, ” says Lindblad Expedition’s president, Sven-Olof Lindblad, whose late father, Lars, pioneered outfitted expeditions to remote destinations. The trip obviously made a lasting impression. “It’s unlike any other adventure vacation on Earth, ” he says. “The animals have grown up with zero fear of humans. You can be sitting on a beach and a sea lion pup will come up and sniff your toes.” Lindblad Expeditions, a National Geographic Society partner, has such a long history with the islands that in 2006 Ecuador’s national park service named a newly discovered Galápagos moth Undulambia lindblad.

Our philosophy is that vigorous and respectful adventure travel can help sustain and repair a region. Still, UNESCO added the Galápagos to its roster of endangered places in 2007. Bottom line? Get there while you can.

Choose from two ships: the 48-passenger National Geographic Islander and the 96-passenger National Geographic Endeavour. Zodiacs launched from either vessel take you to reefs where you can snorkel with 306 species of fish or to beaches where sea turtles nest. Each excursion is customized according to the group’s age range and ambition level. You could hang with motionless marine iguanas on lava rocks or paddle alongside white-tipped reef sharks—it’s your call. Focusing the trip on up-close-and-personal interactions, rather than physical activities, provides common ground for everyone. “There’s something endearing and comical about having a mockingbird undo your shoelaces, whether you’re four or 40, ” Lindblad says.

You might be tempted to spend all day on the water or the beaches, but don’t miss out on a hike into the moss-draped highlands, where giant tortoises roam freely. Like most Galápagos animals they’ll come to you, and with so many close-up wildlife encounters you’ll turn into a regular shutterbug.

“Expedition staff is very geared toward helping kids feel involved, ” says Lindblad’s Amy Miller. Go on a more challenging hike while kids participate in an island scavenger hunt or take a siesta while they make art projects with other kids onboard. After dinner, slip out for a drink in the ship’s lounge or a solo massage.