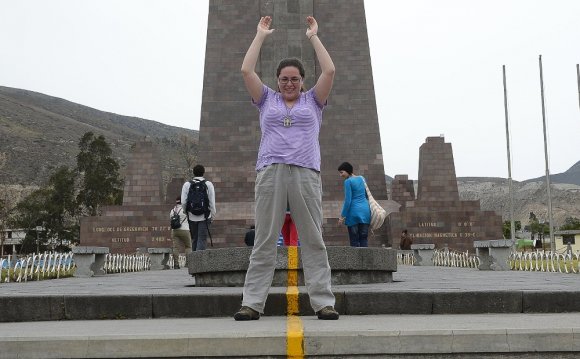 Ecuador is a beautiful country full of interesting places to visit and beautiful mountain scenery. The people are friendly, the cost of living is reasonable and the weather is springlike most of the year. Of course anyone can learn those facts by reading a guide book or visiting a tourism web site. It would appear that Ecuador, especially Cuenca, is a paradise for retirees or anyone wishing to change their life style.

However, it is good to consider the other side of the coin. Not all guide books or expat blogs talk about the things that some may find unacceptable about living here. Now before anyone gets offended and tells me to “go home if I don’t like it here”, let me state that Ecuador is my home and that my family and I love living here, so please don’t accuse me of bashing Ecuador with this article. However, we have met some expats who, after being here for a while, have discovered what you might call “quality of life issues” that bother them so much that they decide to move on to greener pastures.

First, consider the case of a 30-something married couple with a 10 year old son. We´ll call the couple Jack and Jill. We met them a couple of years ago at a gringo party and since we had something in common, we both had children about the same age, we invited them to our house for a meal.

During the meal we discovered that Jill was apparently a germaphobe. She could not stand the idea of washing clothes in cold water, even with bleach. (Keep in mind that many houses here do not have a hot water connection for washing machines). Also, Jill was terrified that her son was going to pick up some dreaded disease just by being here and she therefore forbid him to touch anything. She freaked out if she saw him even think about picking up something he found on the ground. As you can imagine, the poor kid seemed to be really stressed out.

Jack and Jill stayed cloistered in an apartment and did not get out much at all. They only lasted about 3 months in Ecuador before returning to the States.

Just for the record, we have never had any health problems living in Ecuador due to any real or imagined cleanliness issues and here in Cuenca we see very few disease carrying bugs such as mosquitoes and roaches.

Before moving to Ecuador we lived in the State of Georgia, where we had to protect our kids from mosquitoes who carry West Nile virus and encephalitis along with ticks who spread Lyme disease. We more than once encountered rattlesnakes on our property where our children ran barefoot through the grass. Tornadoes are very common where we lived in Georgia and we more than once had to huddle in the bathroom or a hall way while one passed nearby. The health dangers we faced when we lived in Georgia were not imagined, they were real, but we were used to the “dangers” of the country and did not give them a second thought. I don’t think that Jill would have survived very long living in Georgia either.

My point is this: there are diseases and dangers no matter where you live and you have to adjust to that fact. But, Jack and Jill were somehow convinced that Ecuador is an unclean and unsafe place to live and decided to move back to the States. They could not relax and settle down here due to their fears and phobias; they were not happy campers.

Next, consider the case of a retirement age couple whom we´ll call Ann and Andy. They wanted to see how life is here in Cuenca before moving down so they wisely came for a visit to check things out. We had the opportunity to chat with Ann and Andy during their visit to Cuenca and they were very candid with us regarding some things that they found unappealing about life here.

For example, Andy discovered that there are some food items that he really likes, such as pretzels and peanut butter, that are either unavailable or are much more expensive here. Andy also discovered that the beef here is expensive and of a poorer quality than what he can get in the States.

Andy commented on the condition of the sidewalks in Cuenca which are often full of holes and other obstacles and noted that his well worn knees could not take the beating of walking on such uneven surfaces on a regular basis. Andy also had some trouble finding a particular prescription medication that he needs to take on a regular basis.

Andy admitted to us that for some people these issues, such as not being able to find a certain favorite food, may not seem that important, but for him and his wife they are what you might call quality of life issues that are important to them, especially at their age. Ann and Andy came to the conclusion that, in their case, they are better off living in the States, and that is OK.

They were wise to come down to check things out before uprooting and making such a major move. The other couple in our story, Jack and Jill, moved down sight unseen and they discovered to their dismay that Ecuador is not the place for them

The lesson for expats contemplating a move to another country is very clear: Do not move to a foreign country without doing a lot of research and visiting first.

In our case, living in Ecuador is a perfect fit and we are glad we decided to live here. We recognize, however, that living here is not for everyone and we strongly suggest that anyone contemplating a move here do what our wise friends Ann and Andy did and come down first for a visit before making a decision. That way you can get acquainted with the country and be in a better position to know whether or not Ecuador is right for you.