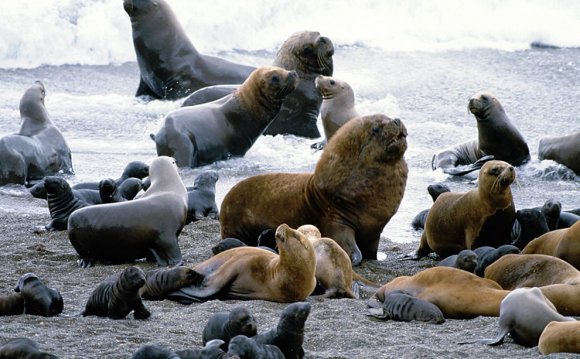 The Galapagos Giant Tortoise is the world's largest land tortoise. They almost went into extinction because people captured them for food, and because they were attached by other animals people brought to the island.

Their staple food is grass and cactus, but they also eat fruits.

In addition to their huge size, the Galapagos Giant Tortoise is also long-lived, and existing records claim some to have lived more than 150 years.

Find out more about the Galapagos Giant Tortoise!

Conservation activities show signs of hope!
Thanks to conservation activities, the once endangered Galapagos Giant Tortoise is slowly increasing. Today, it is illegal to capture them, and to bring other animals to the islands. There are also programs to release captive-bred hatchlings to the wilderness. However, there are subspecies that are already extinct, and a subspecies that will become extinct when the last-surviving male tortoise dies. It is important that we never repeat these mistakes again.