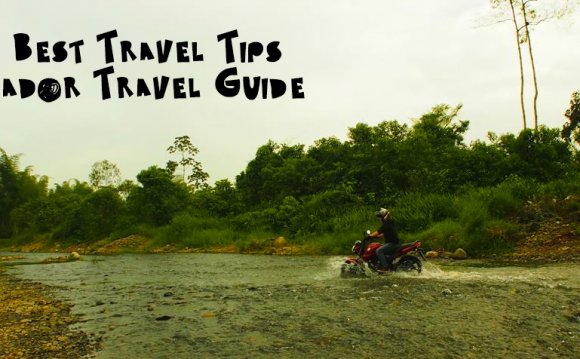 Muggings and pick pocketing are very common. In Quito, take particular care in ‘La Carolina’ and ‘El Ejido’ parks, the districts of ‘La Mariscal’, ‘La Floresta’ and ‘La Marin’, the bus terminals and the old town including the main square and ‘El Panecillo’ hill. Avoid travelling to ‘El Panecillo’ hill on your own or by foot. Use one of the standard tours or reliable transport instead. In Guayaquil, be particularly careful in the Kennedy, Alborada, Urdesa and the Malecon Simon Bolivar districts and the bus terminal.

Don’t wear expensive jewellery when walking around and watch your bags on public transport. Wear your rucksack on the front of your body. Where possible, don’t store anything under your seat or in the overhead storage on buses.

Carry a colour copy of your passport, including the visa entry stamp page, and keep the original safe. Only take out as much money as you need.

Take care of your belongings in restaurants or cafes and watch out for thieves. Criminals sometimes squirt liquids (ketchup, mustard, water, etc.) on you and then steal your bag while ‘helping’ to clean you up. Other methods of distraction include requests for assistance, staged fights and pushing or shoving. Don’t resist a robbery.

Take care when withdrawing money from a bank or at an ATM.

Criminals often use drugs to subdue victims. Home-made versions of the drug ‘scopolamine’ leave victims in a sedated, compliant state and cause amnesia. Be wary if you’re approached by a stranger offering you food, drinks, leaflets, telephone cards or cigarettes, no matter how friendly or well dressed they appear.

Armed robbery can be a constant hazard throughout Ecuador, but especially in Quito, Guayaquil and in remote areas. Seek local advice about the safety of the area you are visiting and travel in a group whenever possible.

The Ecuador District Attorney´s Office (Fiscalia General) now has an for tourists to report robbery, theft and loss of belongings and documents.

There has been an increase in robberies on interstate transport and at bus stations, especially in Baños tourist town. Most incidents took place at night. Where possible you should avoid travelling by road after dark. Cases involving British nationals have been reported in the provinces of Pichincha, Guayas, Azuay, Manabi, Imbabura, Tungurahua and Loja. Avoid taking interstate buses with a reputation for stopping to pick up passengers at night as many criminals use this means to attack passengers.

Express kidnappings - short-term opportunistic abductions, aimed at extracting cash from the victim - also occur, particularly in Quito and Guayaquil. Victims can be targeted or selected at random and held while criminals empty their bank accounts with stolen cash cards. This type of crime can involve illegitimate and registered taxis. Ecuadoreans and foreign visitors are targets.

In 2012, in the old town and in La Mariscal in Quito, 2 British couples were attacked by taxi drivers and accomplices who boarded the taxis to assist in the robbery. The passengers were pepper sprayed. The victims were later released in an isolated area of Quito. On 28 December 2013, a Japanese tourist was murdered, and his wife seriously injured by a taxi driver in Guayaquil.

The use of unregistered taxis significantly increases the risk of becoming a victim of crime, including armed robbery and express kidnapping. Try to book a taxi through your hotel or by calling a known radio taxi service. If you are using an authorised taxi (yellow cab) in Quito and Guayaquil make sure it has the municipality registration number sticker displayed on the windscreen and doors; the orange license plates or the new white plates with an orange strip on the top and video cameras inside. Avoid hailing a taxi on the street. Larger supermarkets and airports have taxi ranks.

In mid 2013, the Ecuadorean National Transit Agency launched the ‘Secure Transport’ project throughout Ecuador. This includes the installation of security kits - video cameras, panic buttons and GPS - inside interstate buses and registered taxis. You should only use the yellow registered taxis, with the ‘transporte seguro’ logo, if a radio taxi isn’t available.

You can also order a secure taxi from a new free smartphone application ‘Easy Taxi’, available for Android and iPhone. A photo, the name of the taxi driver and the vehicle description will be sent to the customer.

There is a 20 km exclusion zone along the entire northern-border with Colombia under army control. The FCO advise against all travel to this area except the official border crossing town of Tulcan in Carchi province. Guerrilla groups, drug traffickers and criminal gangs are active and there is a risk of kidnapping and a high risk of crime. Foreigners, including oil workers, are potential targets.

The FCO advise against all, but essential travel to the area bordering Colombia in Carchi province inside the 20km exclusion zone. The border area in Carchi province is home to various eco-lodges, near El Angel Ecological Reserve. Illegal armed groups and criminal gangs are present in the area. If you’re travelling to this area, make sure you travel with a reputable operator with good communication systems, emergency plans in place and an official guide.

There is a higher risk of crime in southern parts of Sucumbios province, including Coca (also known as Francisco de Orellana). There are popular eco-lodges in the area along the Napo river, between Sucumbios and Orellana provinces. Use only reputable operators to visit this area. Some lodges are a long distance from the nearest major hospital and helicopter evacuation may be necessary in an emergency. Reputable eco-lodges in this area have good communications and emergency plans in place.

If you’re joining a ‘volunteer’ or ‘adventure expedition’ programme, make sure the organisation is fully represented or partnered in Ecuador and has sufficient autonomy to act in an emergency. Be wary of unauthorised intermediaries ‘enganchadores’ trying to offer you cheap hotels or tour deals.

If you’re planning to undertake adventure activities like canopy, bungee jumping or quad biking, make sure you use a reputable local tour operator and the equipment is in good condition. In May 2012 and January 2016, 2 foreign tourists died in Mindo and Bucay areas due to canopy accidents.

when someone knows the meme you show them 2018 winter pants outfit coffee area hairstyles for medium hair for school what astrological house am i in the best winter outfit ideas lifestyle review analyzing data in biology experiments such as plants and sunlight lifestyle keto pills what is a trends science so what lifestyle software what is scientific method definition coffee and me for you what to wear now house science names of stars in our solar system astronomer beatty's hole trend page 8 outfits names astronomy coffee don synthesis of pyruvate from lactate trending twitter hashtag coffee brands fashion styles quiz stars in sky number 2015 in science hair cuts idaho falls to coffee u hair design
Source: www.worldtravelguide.net