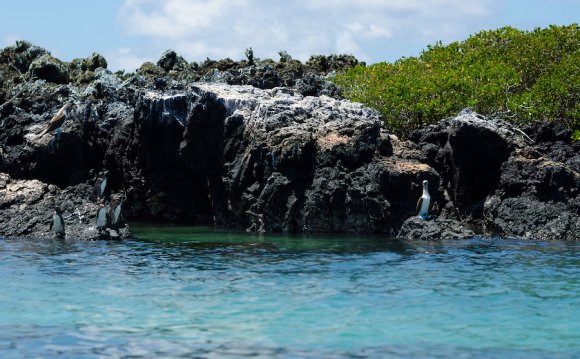 Traces of human life in the region of Ecuador have shown that people had lived in the area from as early as 10, 000 BC. By 3000 BC, agriculture civilizations had existed. During the 1450's, the Inca Empire started to invade and was met by resistance from the native tribes that lived in Ecuador. Eventually, the Inca Empire overpowered the original inhabitants and the region came under the Inca rule.

In 1526, the region was reached by the Spanish empire, in the leadership of Francisco Pizarro. Eventual conquest occurred in 1533, and in 1534, the capital of Quito, which remains the capital today, was founded. By 1563, Quito became Ecuador's seat of Spanish colonial government.

With the French invasion and occupation of Spain in 1809, rebellions started to occur in the country. By 1822, Ecuador was declared independent from Spain, through the efforts of Simon Bolivar and his army. Ecuador was united with Colombia, Panama, and Venezuela, forming The Gran Colombia, which only lasted 8 years. Ecuador declared itself an independent separate country in 1830.

The years following Ecuador's independence was met with conflicts over their territories, where the country lost some of their land to neighbors such as Peru right before the Second World War.

Ecuador came under military rule in 1960. Democracy was achieved in 1979 when the military government ended.

Geography
Ecuador is located in the northwestern region of South America. It is bordered by the Pacific Ocean to the west, Colombia to the north, and Peru to the east and south. The territory of Ecuador consists of the mainland and the Galapagos Islands located 1000km to its west in the Pacific.

Polities
Ecuador is a unitary presidential constitutional republic. The President is Head of State and Head of Government, elected to position through general elections, serving a 4-year term, and eligible for re-election. The President is also responsible for appointing the National Coordinators, Ministers, Ministers of State, and Public Servants.

The country's unicameral National Assembly consists of 137 members who are elected into office.

Travel
Ecuador lies on the equator and filled with rich natural resources that has made it popular as a tourist destination. It's filled with volcanic mountains, lush jungles, and a beautiful coastline.

One of the most popular cities to visit in Ecuador is the capital of Quito - listed as one of the world's first ever UNESCO World Heritage Sites. Its historic center is the best preserved and the least altered in all of Latin America, which consists of historic churches and monasteries. The city also provides the best accommodation in the country, with cosmopolitan hotels and restaurants found all over the business district.

Cuenca is the country's 3rd largest city and listed as a World Heritage Site in 1999. The city boasts of an outstanding example of well-preserved Spanish colonial city. One of the city's most popular tourist sites is the Ingapirca - the country's only preserved ancient Inca ruins. The Parque Nacional Cajas reachable through the city is know for its beautiful wilderness.

Banos is considered to be the adventure capital of Ecuador, as well as a famous spa town. Otavalo is another popular city among tourists, and is home to native craftsmen, and the famous Saturday market - considered to be one of the continent's most popular marketplaces.

The Galapagos Islands is known for being the place that gave Charles Darwin much of his research on The Theory of Natural Selection. Consisting of 19 islands, only 4 are inhabited, with airstrips that make it reachable for tourists. However, tours around the islands are strictly regulated and only about 100 sites are designated for tourists.

Education
Education in the primary and secondary levels are free and compulsory but majority of families face significant challenges in terms of other fees and daily school expenses. In the country's rural areas, only about 10% of children go to high school.