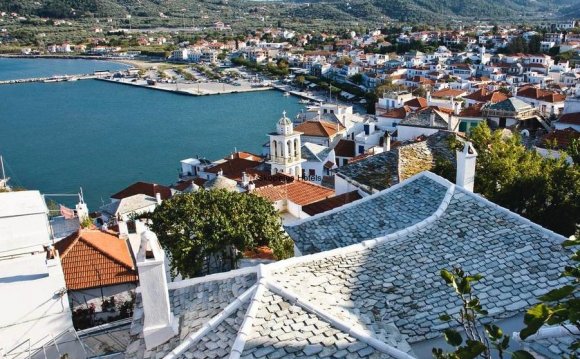 Made up Island Name

Guess where Pig Island gets its name from?

From an islet inhabited exclusively by pigs to an atoll made of seashells, we round up 20 of the quirkiest islands you never knew existed.

1) Island of the Dolls, Mexico City

Located just outside Mexico City, this eerie island is festooned with dismembered dolls, which hang spookily from trees and buildings. Legend has it a former islander, Don Julian, hung them up to honour a little girl, whom he saw drown in the nearby canal.

The tale goes that the tortured man drowned some years later in the same spot. All we know is that this island makes your spine tingle, especially when night falls.

You won’t feel the sand between your toes when you step onto Fadiouth. That’s because this Senegalese islet – known as ‘Shell Island’ – is made entirely out of mollusc shells, the contents of which have been long quaffed by Fadiouth’s inhabitants.

Reclaimed from the sea, the island is home to a charming cemetery where, rather unusually, Christians and Muslims are buried under the shells together.

Also known as Big Major Cay, Pig Island takes its name from the plucky pigs that inhabit this tropical atoll. Expelling the myth that sows can’t swim these celebrity hogs love nothing more than to take a dip with day-tripping tourists. Nobody knows how the pigs got to the island, but they’ve been there many years and seem quite at home.

The Principality of Sealand is an unofficial island nation founded on the remains of HM Fort Roughs, a former WWII fort located off the coast of Suffolk. Sealand was founded by the late Mayor Paddy Roy Bates, who seized the facility from a group of pirate radio broadcasters in 1967. Sealand now has a constitution, currency, passport and international football team.

Commonly referred to as a ‘lost world’ island, Socotra Island forms part of a small archipelago off the coast of Yemen. Home to a rich diversity of flora and fauna, many of the plants found here are unique to the island – and some are more than 20 million years old. Although challenging to get to, the island attracts a small number of intrepid nature enthusiasts.

Uninhabited since the 1960s, North Brother Island was originally home to a hospital treating smallpox and other quarantined diseases. The island later became a place for war veterans and, finally, a centre for drug addicts.

Today, North Brother’s derelict buildings and untamed flora are a haven for birdlife. The authorities want to keep it that way, too, and have declared this island – located in the East River near the Bronx – off-limits to the public.

Also known as ‘Rabbit Island, ’ this charming Japanese isle takes its name from the wild bunnies that inhabit it. Though the rabbits are wild, they’re so used to tourists that they often let these visitors feed and play with them.

The island wasn’t always quite so sweet and innocent – it was previously home to a poison gas factory, which visitors can learn more about in the Poison Gas Museum.

Huaca Huacani, Toranipata and Santa Maria – also known as the ‘Floating Islands’ – form part of an artificial archipelago made exclusively from totora reeds.

Forming part of the Titicaca National Reserve – a two hour boat ride from Puno – the Uro people inhabiting the islands survive largely by fishing, which they do from boats also made of reeds.

Floating in the Solent, this fort was built in the 19th century to defend southern England from a nautical invasion. Today Spitbank – one of three forts off the coast of Portsmouth – is home to a restaurant, luxury hotel and rooftop pool. You can either visit for Sunday lunch (£99pp) or hire the venue for a private party.

Bracing Bouvet is a sub-Antarctic island considered to be the most remote in the world. Claimed by Norway in 1930, a mystery vessel was found beached here in 1964 with no trace of human remains.

Covered in ice and snow, the 19 mile (30.6km) island and the surrounding waters are an important breeding ground for seabirds, whales and seals, and have been a nature reserve since 1971.

Remote Bouvet is a nature reserve for seals, whales and seabirds
hfrankWI / Thinkstock

As far as the Guinness Book of World Records is concerned, Bishop Rock in the Isles of Scilly is the world’s smallest island with a building on it. That building is a lighthouse, which helps guide ships through the treacherous waters of this Atlantic archipelago. The lighthouse was built in 1851 and has weathered countless storms since.

Forming part of the Prince Islands in Istanbul, Heybeliada is the antithesis to the hectic city – cars are banned and the only way around is by foot, bike or horse.

The most notable landmark on the island is the Hagia Triada Monastery, home to a Greek Orthodox theological school which opened in 1894. Though closed now, there is a campaign to reopen it. In the meantime, visitors can occupy themselves in the many restaurants or on the surrounding beaches.

Located off the coast of Sao Paulo, this island is best known as ‘Snake Island.’ That’s because it’s home to the Golden Lancehead, which has one of the most venomous poisons in the world – it, literally, makes your flesh fall off. The snakes are so ubiquitous and so deadly that the Brazilian navy has forbidden anyone from visiting the island.

With pretty palm trees, saffron sands and turquoise tides, Clipperton twinkles like a paradise. But with no fresh water, inhabitants would need regular shipments to survive here, as those placed ashore by a guano mining company discovered in 1914.

The delivery ships visited often, for a while, but when civil war broke out in nearby Mexico they ceased. Many workers died, leaving the only surviving man, Victoriano Álvarez, to declare himself King and enslave all the women. He’d been bludgeoned to death by the time a passing ship rescued survivors. The island hasn’t been inhabited since.

Meaning ‘the sweethearts’ in Khmer, this private island is living up to its name as it attracts a growing number of honeymooners and well-heeled romantics. Lovebirds come to enjoy sun, sand and solitude on this tropical island – that and the 5-star facilities, which make this one of the most luxurious islands in Southeast Asia.

One of the most remote islands on Earth, Palmyra is also one of the eeriest. Located in the Pacific Ocean, south of Hawaii, it was the scene of a gruesome double murder in 1974, which has inspired countless books and films.

It is also the resting place for hundreds of sailors, whose ships fell foul of its deathly reefs. The atoll’s haunted past and remote location keeps tourists away, which means local wildlife thrives.

Alluring but eerie, Palmyra was the scene of a gruesome murder
Creative Commons / Kydd Pollock

Said to be the most haunted island in Italy, Poveglia near Venice has just been sold for £400, 000. The new owner will inherit the island’s macabre history, which began when the plague wiped out thousands of inhabitants, whose bones are still said to litter the land.

Poveglia is also home to an abandoned mental hospital, where, legend has it, a doctor once threw himself from the bell tower. Though no one is there to ring the bell nowadays, many claim to hear it chime.

Hamad the biggest name in the desert name in sand visible ...

The Language Made Up Entirely of Whistles — TodayIFoundOut