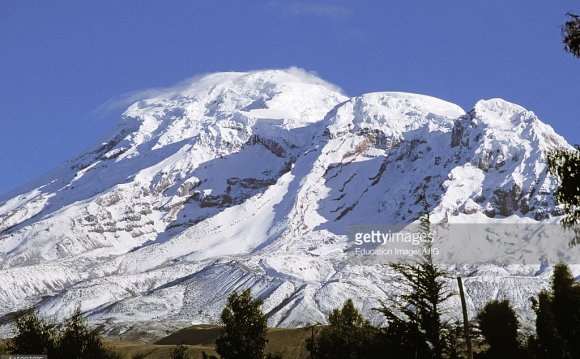 **** AS JANUARY 28. 2014 WHYMPER AND CARREL REFUGES ARE CURRENTLY CLOSED TO VISITORS AND CLIMBERS DUE TO REMODELING. ****

At the moment overnight in the refuge is free, but a tip to the refuge’s care takers will be highly appreciated.

What else do you need? Camping is also allowed anywhere on the mountain and some parties make a high camp to cut the summit push in two days which, I think, increases your chances to make it to the summit. The most recommendable are:

El Castillo high camp, lays in the hollow of a bowl, just a few meters beyond the rock outcrop and at the left side (north) of the Southwest ridge (the normal route). Not advisable if there’s fresh snow accumulation on the first dome. This camp can get pummeled at least by the windblast of avalanches coming from above.

Moraine camp, located 10 minutes away from Whymper refuge at 5, 050 m. There’s a wide flat field in this area. Make sure you set camp away from the moraines and the Thielman glacier.

The following is a brief overview of the history of Chimborazo ascents. I have tried to hit the highlights.

1802-French climber Aime Bonpland and German climber Alexander von Humbolt reach a height of 19, 300ft before being stopped by an "insurmountable cleft".

1880-The first ascent of the mountain by Italian J.A Carrel and British climber E. Whymper via the South West Ridge.

1968-An American/German team summited the technically challenging North Ridge via the Abraspungo Glacier.

1980-In celebration of the 100th anniversary of the first ascent, a large hut was opened below the South West Ridge close to the foot of the Thielmann Glacier. This hut named Refugio Whymper is now used by a lot of ascent parties as "base camp".

1993-One of the worst accidents in the history of climbing in Ecuador occured on the upper slopes of the mountain. 13 people were caught in an avalanche high on the mountain resulting in 10 deaths.

Farthest from the Earths Center???

As stated in the Overview, Chimborazo's summit is the farthest point one can get from the center of the Earth and still be on land. It is about 2160m farther from the center than Everest's summit. This is only possible because the Earth is in the shape of an oblate spheroid, i.e., it is flattened (squashed) at the poles and bulging at the equator.

Here is a diagram (based on Klenke's Excel spreadsheet). His spreadsheet can calculate the distance from the center of the earth for any point on the Earth's surface (of known elevation above sea level). If you are really into math ... here is a link to show you how this is all done: CLICK HERE

Visit the Ecuador’s Map Grid System to the check the maps you may need when climbing here. This grid follows the Instituto Geografico Militar grid system. The sheet for Chimborazo is CT ÑIV C1

Below are just some of the wonderful pictures submitted for this peak. I will be adding more sections as time goes on. Thanks to all who have submitted these pictures.

More cycling in Ecuador with Chimborazo Volcano in the ...