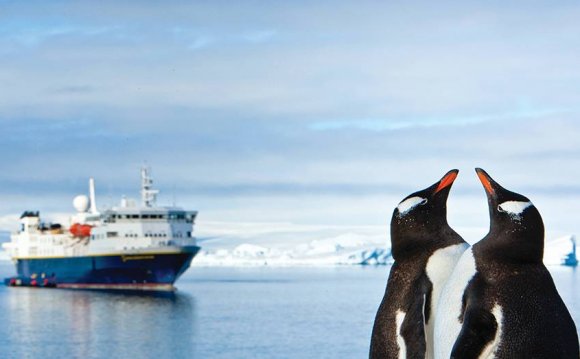 The Lindblad Expeditions-National Geographic (LEX-NG) Fund aims to protect the last wild places in the ocean while facilitating conservation, research, education, and community development programs in the places we explore. This blog entry spotlights some of the exciting work our grantees are doing with support from the LEX-NG Fund.

What comes to mind when you think of the Galápagos? Giant tortoises. Lava fields. Charles Darwin. Finches. Tropical paradise. Now, what if I told you that in this land of natural wonders – and the birthplace of the theory of evolution – environmental themes have been routinely absent from school curriculums?

When the UNESCO World Heritage Committee recommended that the Galápagos be placed on the “World Heritage in Danger” list several years ago, education was cited as one of the 15 critical issues. The Committee found that schools, surprisingly, were failing to use the unique habitat of the Galápagos as a laboratory for students to learn environmental concepts. The World Heritage Committee also noted that the geographic isolation of the islands led educators to use outdated teaching practices, and certain skills vital to the local workforce, such as English, were not being taught.

How did one school respond? It set out to change all that.

Teacher training takes top priority at Tomás de Berlanga; the school provides ongoing mentoring and professional development for its staff and teachers throughout the Galápagos. There is also a pioneering program in bilingual education in the lower grades that helps students achieve English-language fluency: a skill highly sought by the local workforce.

In addition to giving students the tools to succeed in vocations later on, the school engages students with environmental themes. The Galápagos archipelago’s rich biodiversity is unlike anything else found in the world, and it’s up to future generations to protect it. By incorporating its unique natural setting into the curriculum, the Tomás de Berlanga School is cultivating future leaders who understand the importance of conservation.

So who are the students at Tomás de Berlanga? They are the sons and daughters of farmers, carpenters, local teachers, and government employees. Some moved to Santa Cruz from other islands with their families solely to take advantage of the educational opportunities at the school, while others were born and raised nearby. Approximately 30% of the students who attend the school rely on financial scholarships, which the LEX-NG Fund supports through its grant program.

Outside the classroom, many of Tomás de Berlanga’s students participate in Guardianes del Mar (Protectors of the Sea), a club organized by the Ecuadorian Navy. Through this program, students learn about sustainable use of the ocean’s resources and the problem of pollution. Students kayak and snorkel in Tortuga Bay and Garrapatero Beach, and go on guided tours where they learn about the diverse ecosystems that exist in their very own backyard. Because of these kinds of hands-on learning experiences, students have developed a strong identification with, and concern for, the extraordinary environment of the Galápagos; their identities are rooted in the maritime culture of their home.

Above all, Tomás de Berlanga students are well-rounded, socially and environmentally conscious citizens who care for their islands and the ocean.

Twelve-year-old Priscilla Bonilla is a great example. “To keep the Galápagos Islands special, ” she says, “I can take care of nature and protect the animals, not throw trash in the water or anywhere, and follow the rules in the national parks.”

“And the people here are cool!” adds senior David Carrion. “It’s a very special place. I can keep it that way by helping the National Park Service protect the flora and fauna and to recycle.”

With more students like David and Priscilla, the future of the Galápagos – and the ocean – is in good hands.

Angela Thomas brings a background in education and law to the LEX-NG Fund, where she produces content for newsletters, blogs, and internal reports. Her passion for travel has allowed her to witness firsthand the critical need for environmental conservation in order to save the planet’s most precious places and resources. Angela holds degrees from Wellesley College and Case Western Reserve University.