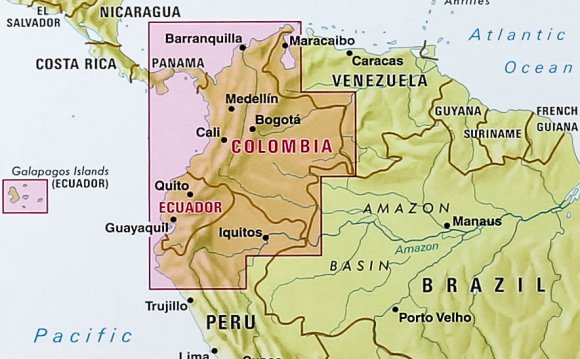 Mist-shrouded cloud forests, rolling Andean highlands, and the species-rich Galápagos islands have put Ecuador on the map as a biodiversity hotspot. In recent decades, the country has embarked on an ambitious program of environmental conservation. Discover ecological treasures ranging from toucans and condors to the endemic marine iguanas and giant tortoises of the Galápagos islands. Explore Ecuador’s natural wonders through an On Assignment project of your choice—Photography or Wildlife & Biodiversity.

Located at 9, 000 feet in a high-Andean valley ringed by snowcapped volcanoes, Quito is the second highest capital city in the world. Its rich colonial architecture, built on the remains of an Inca city, earned its designation as a UNESCO World Heritage site. Stroll along streets that have scarcely changed since the 17th century, past the well-preserved buildings of the Spanish Empire. Step into the bustle of everyday life in an ancient city plaza, where Andean music fills the air and vendors hawk exotic rain forest herbs and natural medicines.

Travel northwest to the lower-altitude slopes of the Andes and settle into the relaxed and welcoming village of Mindo. Break into your On Assignment teams, and set out on daily adventures in the region’s impressive array of protected natural areas. Catch the tarabita, an open-air tram, to ride over a deep ravine into the undisturbed cloud forest of the Bosque Protector Mindo-Nambillo reserve. Swim in freshwater pools, where waterfalls cascade down cliffs overgrown with orchids. Hone your wildlife observation skills by identifying some of Ecuador’s 1, 500 bird species. Fly through the cloud forest canopy on zip lines, and float down the river on a tubing adventure. Get to know young Ecuadorians by playing soccer together, or interview local researchers about their efforts to conserve this unique habitat.

From Quito, head south to our next base, a working hacienda high in the central Andes. Ride horseback over the páramo, a rare ecosystem found between the dwarf forest and the snow line in the equatorial Andes. Spot Andean condors soaring above a landscape of mossy bogs and tussock grasses. During a scenic hike, perfect your landscape photography or learn about the different plant adaptations of this ecosystem. Cotopaxi National Park is home to Volcán Cotopaxi, one of the world’s highest active volcanoes and the Earth’s closest point to the sun. Drive up the switchbacks of Cotopaxi, stopping to hike up to the mountain’s spectacular glacier (16, 000 feet).

From riding horseback across the highlands to snorkeling with sea lions—I felt like I was on top of the world, and I will carry these experiences with me for the rest of my life

Set off on an island-hopping adventure to the legendary Galápagos Islands. This volcanic archipelago, cut off from humans for millennia, helped shape Charles Darwin’s theory of natural selection. Discover the distinct character of each island we visit and get acquainted with its incredible endemic species. Climb to the crater of an active volcano, and explore the remarkable landscape formed by recent lava flows. Spot fire-red Sally Lightfoot crabs sunning on the rocks alongside spiky marine iguanas—the only sea lizard on the planet. Learn about the late Lonesome George, the last member of one of the islands’ 11 tortoise subspecies, and the conservation efforts he inspired. Get closer than you ever imagined to blue-footed boobies; and snorkel with penguins, sea lions, and sea turtles in one of the most fascinating and fragile environments in the world.