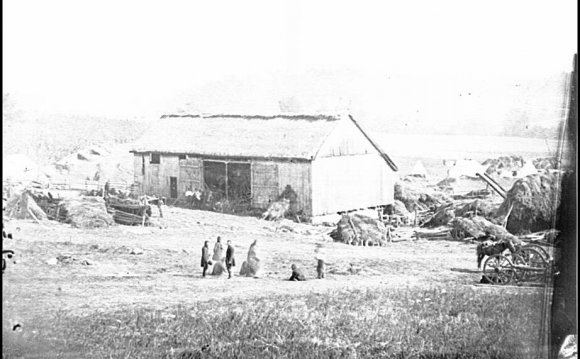 In October of 2000, the National Museum of Civil War Medicine completed a $3 million renovation and complete redesign of the exhibits. With nearly 7, 000 square feet of exhibit space on two floors, the expanded Museum illustrates the medical story of the American Civil War. It is a story of care and healing, courage and devotion amidst the death and destruction of war. It is also a story of major advances that changed medicine forever. Through the dedication, innovation and devotion of Civil War surgeons and medical support staff on both sides of the conflict, the foundation for today’s modern military medicine was laid. Their tenacity and compassion to heal stemmed a death rate that could have easily been twice the 620, 000.

Medical Education – As the Civil War began, the practice of medicine was emerging from the “heroic era”, with its theory of bringing a balance to the humors of the body. Medical practitioners had no knowledge of germ theory or antiseptic practices. Both discoveries were still years away. Over 60 medical schools existed in America before the war, and apprenticeships with established physicians were also common. The usual course of study in a medical school consisted of two terms of six-month lectures, with the second term often being a repeat of the first.

Recruitment – All new recruits were supposed to receive a physical exam. Occasionally the exam was very superficial, allowing recruits to enter the army with chronic diseases and physical defects that would affect their performance as a soldier. With the number of men willing to enlist dwindling, both the North and South resorted to instituting a draft to secure the large number of soldiers needed to fight.

Camp Life – New recruits were sent to large camps to learn how to become soldiers. The first enemy they faced was disease. Healthy recruits became victims of illnesses that were easily spread due to the large number of people in the camps, the often unsanitary conditions, and the poor diet of the soldiers. Childhood diseases such as measles could devastate regiments and many men succumbed to diarrhea and dysentery. Of the nearly 620, 000 soldiers who died during the Civil War, two-thirds died not of bullets and bayonets, but of disease.

Evacuation of the Wounded – At the beginning of the Civil War, there was no established system to transport wounded soldiers from the front lines to the field hospitals in the rear. In August of 1862, Dr. Jonathan Letterman, the Medical Director of the Army of the Potomac, created a highly-organized system of ambulances and trained stretcher bearers designed to evacuate the wounded as quickly as possible. A similar plan was adopted by the Confederate army. The Letterman Plan remains the basis for our present day military evacuation systems. Horses and mules were essential to the army and veterinary medicine played an important role in the war. Large infirmaries were developed to treat animals too sick or worn down to be of immediate use. An estimated one million horses died during the Civil War.