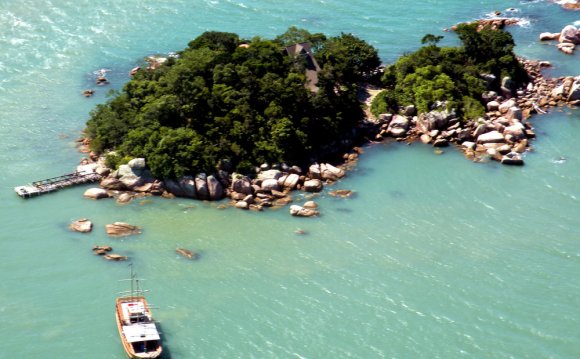 South America brings to mind earthy pleasures like dancing the samba, lolling about the beach in scanty swimwear and eating spicy local cuisine. From the Atlantic waters of the Brazilian coast to the Pacific coast of Chile, South American islands offer beauty, affordability and a certain exoticism that comes from lying somewhat off the beaten path. South America includes many islands, most of which belong to countries on the continent. In South America, the majority of private islands for sale are found in Brazil, usually located near Rio de Janeiro or in the Bahia region.

View All Islands in This Region

Only a 2.5-hour drive west of bustling Rio de Janeiro, sits a private 29-acre peninsula that embraces the natural beauty of Brazil’s coastal woodlands while providing resort-quality style to its owner.