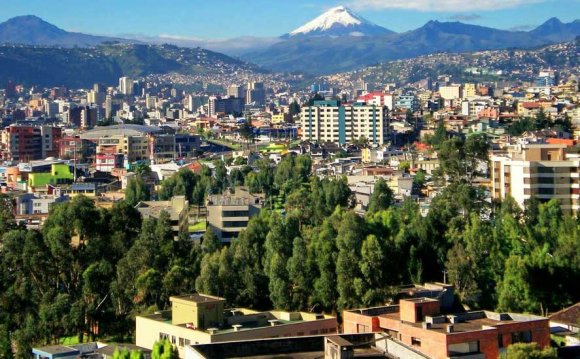 Ecuador’s capital Quito is now a “tourist force to be reckoned with in South America.”

Ecuador was again awarded the title of South America’s leading tourist destination Saturday, after winning 14 prizes at the World Travel Awards, also known as the Oscars of Tourism.

This is the third year in a row the country has won this distinction.

Among Ecuador’s 14 titles won at the award ceremony in Bogota, Colombia, were the prestigious awards: Leading Green Destination and Leading Destination of the region for its capital, Quito.

"These international awards confirm once again that Ecuador continues to captivate the world with its spectacular destinations and tourism products, which have earned it worldwide recognition as a location with great potential to offer its visitors, " said Ecuadorean Minister of Tourism Sandra Naranjo.

The prizes, which are awarded annually in different categories, are aimed at recognizing tourist destinations of high excellence in the areas of trips, tourism and global hospitality, according to Ecuador’s Ministry of Tourism.

Graham Cooke, founder and president of the World Travel Award, affirmed that Ecuador has made huge strides in developing its tourism industry in recent years.

“Quito Wins! For a third year in a row “Leading Destination of South America”

"Now it is a tourist force to be reckoned with in South America, ” said Cooke. “The results of this year's awards is a reflection of the country's success in positioning itself not only as a unique destination — with both Quito and Ecuador, as winners — but also through high-quality products."

Over the last decade, Quito has become increasingly recognized as a leading tourist destination worldwide, earning praise from The New York Times as one of “places to go in 2008” as well as the “Capital of Culture of the Americas” in 2011. National Geographic also highlighted the Ecuadorean capital one of the “20 places to visit in 2013.”

Bielefeld with a Tourist from Ecuador | Discover Germany