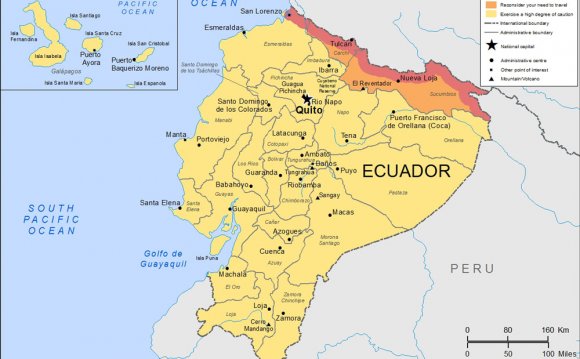 On October 5th, 2012, a split ICSID tribunal determined that the Republic of Ecuador had breached the US-Ecuador bilateral investment treaty (“BIT”), and awarded damages of US$1.77 billion (US$2.3 billion with interest applied), reportedly the largest award ever to have been issued by an ICSID tribunal. This award is remarkable not only because of the large quantum of damages (and of the tribunal’s 326-page decision), but also because it addresses cutting edge issues in international investment law, including the principle of proportionality and the assessment of damages. The award also demonstrates the vast power that tribunals wield and raises important normative questions about ICSID.

Occidental Petroleum Corp. (“Oxy”) started doing business in Ecuador in the mid-1980s under a services contract with Petroecuador, Ecuador’s national oil company. In 1993, Ecuador amended its Hydrocarbons Law to allow parties to enter into participation contracts. After protracted negotiations, on May 21, 1999, Ecuador and Oxy entered into a Participation Contract to explore and exploit hydrocarbons in Block 15 of the Ecuadorian Amazon region.

On 19 October, 2000, Oxy sought to explore ways to finance the expansion of its operations in Ecuador and diversify and reduce its exposure in the country. Coincidentally, Alberta Energy Corporation Ltd (“AEC”) was looking to expand its investment in Ecuador. In order to further these goals, Oxy and AEC entered into a Farmout Agreement where AEC acquired a 40% economic interest in Block 15 in return for certain capital contributions. The transfer, however, violated both the Participation Contract and Ecuadorian law, which required ministerial approval.[1]

When the government learned of the Farmount Agreement, it came under heavy political pressure to terminate its relationship with Oxy. On May 15, 2006, following a number of demonstrations against the government and Oxy, the government of Ecuador issued a decree (the “Caducidad Decree”) terminating with immediate effect its Participation Contract with Oxy.

On May 16, 2006, government officials arrived at Oxy’s offices in Quito and seized all of its property. The next day, officials and the Ecuadorian National Police seized Oxy’s oil fields in Block 15, including wells, drills and storage facilities. Two days later, Oxy filed a request for arbitration.

As part of its proportionality analysis, the tribunal held that there were a number of alternatives to terminating the Participation Contract and that the latter should have thus been a measure of last resort. The tribunal also found that Ecuador did not suffer “any quantifiable loss as a direct result of AEC taking an economic interest in Block 15.”[3] Thus, the Caducidad Decree was disproportionate to its objective.

The tribunal noted that the principle of proportionality is observed in a variety of international law settings, including its application to potential breaches of BIT obligations, such as fair and equitable treatment obligations.[4] To this end, the tribunal noted:

“. . . the overriding principle of proportionality requires that any administrative goal must be balanced against [the investor’s] own interests and against the true nature and effect of the conduct being censured.”[5]

The Caducidad Decree was issued in violation of Ecuadorian law, which recognizes the proportionality principle, and in breach of the BIT and customary international law. The tribunal also held that Ecuador’s measures were “tantamount to expropriation.”[6]

Of particular interest here are the issues of contributory negligence and the impact of the Farmout Agreement on Oxy’s damages.

With regard to contributory negligence, the tribunal reduced Oxy’s damages because of its own wrongful conduct, namely its violation of Ecuadorian law in entering the Farmout Agreement without ministerial authorization. Accordingly, the tribunal found that Oxy contributed to the extent of 25% to the prejudice which it suffered when Ecuador issued the Caduciad Decree.

With respect to the impact of the Farmout Agreement on Oxy’s recovery, the tribunal rejected Ecuador’s argument that any calculation of damages to be awarded to Oxy must be limited to a 60% interest in Block 15 because of Oxy’s transfer of 40% interest under the Participation Contract to AEC. The tribunal reasoned that the assignment of rights under the Participation Contract pursuant to the Farmout Agreement was null and void because it lacked ministerial authorization, as required by Ecuadorian law. Thus, no reduction based on the assignment was possible, given the nullity of the transfer of rights.

Applying these findings, the majority awarded Oxy US$1.77 billion plus interest.

Professor Brigitte Stern dissented with respect to how the majority calculated damages, describing the majority’s decision to nullify and void the assignment as “manifest excess of power.”[7]

Alfredo Palacio, Former President of the Republic of Ecuador

Flag of the Republic of Ecuador