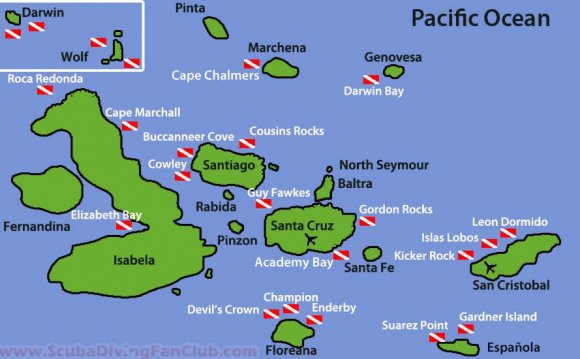 A 40-tonne, barnacle-speckled humpback whale glided underneath our small craft like an enormous shadow. I clung on to a slippery rail while the boat bucked and hopped on the steel-blue Pacific waves. "Don't worry, " said our captain, "they just like to scratch their backs against the hull."

From June to September, whale sightings – if not always as close as ours – are virtually guaranteed off the coast of Ecuador's Manabí province. I'd set sail just half an hour earlier from the dusty port town of Puerto López, the base for trips around Machalilla national park, the country's largest protected coastal area.

It was another bumpy hour to Isla de la Plata, or Silver Island. Some say the uninhabited island derives its name from the centuries-old buried treasure of Sir Francis Drake. Others that "silver" refers to the large deposits of guano that stain its dark cliffs. It's also been christened the poor-person's Galapagos by the likes of Lonely Planet and Frommer's for its abundance of marine birdlife. After negotiating the steep path to the island's central plateau, I could understand why. Seemingly fearless blue-footed boobies padded inquisitively alongside us in their striking footwear. We crept past pairs of nesting waved albatrosses, while frigate birds perched in the trees like strange fruit, the males' vivid red throats inflated to attract a mate.

Hugo from the Netherlands – on his first trip to Ecuador since he was a naturalist guide in the Galapagos almost 30 years before – was entranced. As we watched a blue-footed booby trying to placate its hungry chick, I asked him how it measured up. "If you'd brought me here blindfolded I would say we were definitely on the islands. Definitely."

Back in Puerto López, fishermen dragged ashore their nets under siege from frigate birds. Primary-coloured taxi motos plied their trade along the malecón and shrimps were sold from ramshackle wooden stalls. It was tempting to linger over a delicious ceviche, washed down with beer but I, too, was making a return journey – to the pioneering eco lodge, Alandaluz, a 15-minute drive along the coast.

It was 15 years since I'd first first visited Alandaluz. Then it was a backpackers' word-of-mouth find, built from bamboo and palm thatch – the kind of place you went for a couple of days and stayed for a couple of weeks. I slept alfresco in a hammock, lulled by the roar of the ocean. But in 1997, a malevolent El Niño flattened the lodge. Everything had to be rebuilt, this time using a sturdier combination of local stone and plaster as well as bamboo. Now there's a swimming pool, a small shop selling local crafts and the chance to ride bikes and horses and go diving and kayaking.