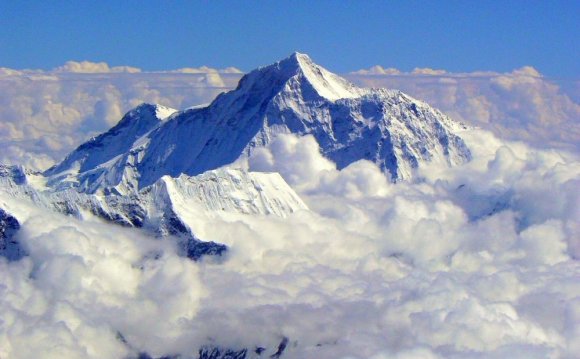 What is the highest peak on Earth?

If there’s one thing everyone knows about mountains—and given the state of geography education today, that may be a pretty accurate estimate—it’s that Mount Everest, in the Himalayas, is the Earth’s highest point. But what if it wasn’t? What if Everest, with its famous 29, 029-foot peak, was actually dwarfed by a mountain you’ve probably never even heard of, an Ecuadorian volcano called Chimborazo?

Chimborazo tops out at 20, 702 feet, almost two miles lower than Everest. But that’s only compared to sea level. If we take the equatorial bulge into account—in other words, if we measure what peak isfarthest from the center of the Earth—Chimborazo sticks more than 7, 000 feet farther into space than any of the Himalayas do, since they’re located thousands of miles north of the Equator. So, to quote Obi-Wan Kenobi, “what I told you was true—from a certain point of view.”

Hawaiians are quick to point out that Mauna Kea, the volcano that forms the peak of the state’s big island, is also taller than Everest—if you measure from its base. Everest only rises about 13, 000 feet above its base, less than half of Mauna Kea’s 33, 000-foot rise. The problem, of course, is that the Hawaiian mountain’s “base camp” sleeps with the fishes at the bottom of the Pacific Ocean. Give Mauna Kea a fair start by moving it to the Himalayas, and it would be by far the highest peak on Earth.

While interesting cocktail party chatter, though, “Earth’s highest point” has an agreed-upon definition: distance above sea level. While somewhat artificial, it’s a definition that has some meaning to humans, whereas distance from the center of the planet is not.

What on Earth is Jesus Doing: The Promise of Hopelessness

What Is the Highest Temperature Ever Recorded?

On the highest peak of Tioman Island!