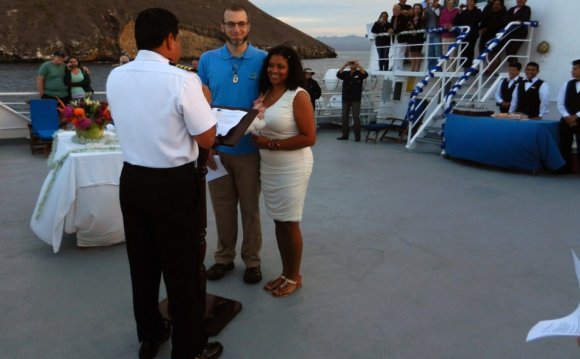 Through its unique approach, Lindblad Expeditions really believes its small-ship voyages are expeditions - and not cruises. Because of the intimate size of its ships - passenger capacities of 28 to 148 - the ships possess the ability to get up close to wildlife with kayaks and Zodiac landing crafts. The atmosphere is casual and down-to-earth, with an emphasis on comfort and practicality. Service is friendly but not doting. One of the company's strengths is the numerous and superb naturalists who accompany the sailings. These experts are usually the best in the industry but are also extremely friendly and accessible. Whether on hikes ashore or over a meal onboard or at the bar at night, developing an easy rapport between passengers and naturalists doesn't take long.

Cabins range from small and functional to quite roomy and well fitted out, with surprisingly luxe touches like plush towels, National Geographic World Atlases, biodegradable shampoo and wildlife photographs. Though many of the amenities and services of big ship cruising are absent (except for on National Geographic Explorer and the newest addition to the fleet, Orion) - TVs, room service, mini-bars, etc. - all ships have wireless Internet access and LEXspas (offering massages, body treatments and facials). The line has provided its ships with nifty equipment that Jacques Cousteau would admire, including a hydrophone to eavesdrop on marine mammals, underwater cameras and video microscopes. An underwater "bow cam" on the National Geographic Sea Lion and Sea Bird and "splash cam" on ships across the fleet also record the underwater scene, and having an underwater specialist who dives and records underwater scenes every day (even in Antarctica and the Arctic) adds an entirely new dimension to your understanding of some regions.

Dining is open seating, and there is a strong emphasis on using local and organic foods. The company partners with Blue Ocean Institute, Chefs Collaborative and the Marine Stewardship Council to source environmentally sustainable food. (A fleet wide policy prevents the serving and eating of shrimp onboard, for instance, due to the harmful by-catch when harvesting shrimp.) While not gourmet, meals are tasty and fresh.

It's not uncommon for meals to be interrupted by an exquisite sunset or wildlife sighting. Flexibility is built into the daily itineraries to take advantage of the unexpected, and you may not know the afternoon's activity and destination until, well, the afternoon. Onboard these ships, you won't find nightlife, bingo or floor shows. Instead, on most expeditions, your days will start with an early ship-wide wake up call, and you'll spend your day climbing in and out of inflatable boats to make landings in some of the most remote places in the world, or snorkeling and diving with an abundance of marine life around you. (Some destinations are a little less intense, with expeditions to the Baltic and the British Isles, for instance, to explore the cultural side of the area that is often ignored in quick one-day port calls.) Evening entertainment takes the form of stargazing, slide shows, videos and informal talks by knowledgeable naturalists. On itineraries outside the U.S., there is a ship doctor onboard; most sailings also have an onboard video chronicler, photography instructor and underwater specialist.

If you're seeking a voyage to discover nature with a small group of like-minded enthusiasts, Lindblad Expeditions' adventure voyages will doubtless fit the bill. Equally satisfying are the line's cultural cruises in the Mediterranean, the Baltic, West Africa and the British Isles.

Lindblad is a name synonymous with expedition travel. In the late 1950's, Lars-Eric Lindblad pioneered soft-adventure travel by taking U.S. passengers to places rarely explored, such as Antarctica and the Galapagos. In 1979, his son, Sven-Olof Lindblad, founded a new division in his father's company that specialized in marine-focused travel expeditions. Today, the Lindblad company remains the unofficial leader in adventure voyages. Using a combination of ships it owns and ships it charters for months at a time, Lindblad offers cruises and tours to destinations all over the world.

Lindblad has a well-deserved reputation for being at the top of the expedition market, and it is constantly searching for new innovations or tools to further enrich this type of travel experience. The hallmark of its trips, however, is a staff of topflight naturalists, historians, undersea specialists and expedition leaders that accompany each of its trips as guides and lecturers. Trips are carefully designed, but flexible too; itineraries depend on weather and wildlife sightings to dictate activities and schedules. On just about every itinerary, Zodiacs and kayaks permit guests to explore nature up close, even in Antarctica and the Arctic.

An alliance forged in October 2004 with National Geographic allows passengers the opportunity to travel alongside the Society's renowned scientists, oceanographers and photographers. Over the years, the two entities have strengthened their partnership significantly, and now all Lindblad-owned ships include the National Geographic moniker. Photographers from the magazine accompany most sailings on National Geographic Explorer, as well as on select photography expeditions across the entire fleet. Reflecting a joint motto between Lindblad and National Geographic of "inspiring people to explore and care about the planet, " the two companies have also created a joint fund to promote conservation in the areas they sail.

Well before the joint partnership, Lindblad had already earned a reputation for environmentally responsible travel, and indeed, Lars-Eric Lindblad often receives credit for being one of the founders of what we now call eco-tourism. There are places onboard its ships to recycle plastic, glass, paper and batteries. Lindblad supports local environmental efforts such as Oceanites or the Southeast Alaska Conservation Council, and encourages passengers to do the same; when you give $250 or more, you'll get a $250 discount (up to $500 per couple) toward your next cruise.

While the company is known for offering the best academic and enrichment programs, you don't need to worry that the voyage will become dull or boring. The staff works hard to keep every day special and exciting, and most importantly, these experts ensure that everyone onboard simply has fun. Whether through swimming with sea lions in the Galapagos or sledding in Antarctica, everyone comes away having a great time. The evening recaps also provide entertaining moments and opportunities to share experiences.

Lindblad owns and operates a fleet of five ships, including the heavily rebuilt National Geographic Explorer, but at various times of the year it also charters a diverse fleet that includes a motor sailor (a sailboat with an auxiliary engine), a riverboat, a luxury yacht and more.

Lindblad achieved a major milestone with the addition of National Geographic Explorer, which used to operate for Hurtigruten (formerly Norwegian Coastal Voyages) as the 1982 built and then 1988-1989 rebuilt Midnatsol. The vessel is ice strengthened and significantly larger than the other vessels in the fleet, but still carries fewer than 150 passengers. A complete gutting of the interiors resulted in an essentially brand new ship with many high-tech features and equipment. In addition to the usual Lindblad toys, like a hydrophone and video microscope, the ship also sports a remote operated vehicle, or ROV, which can dive 1, 000 feet below the ice.

Celebrity Cruises to the Galapagos Voyages in Luxury