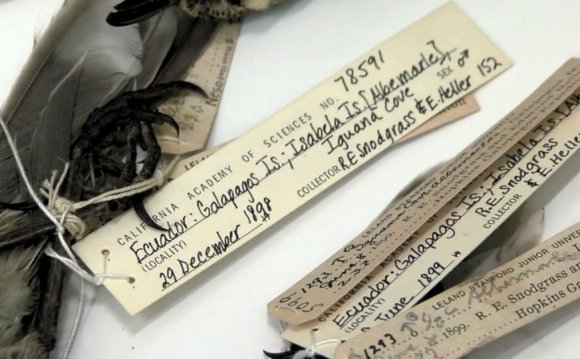 In recent decades, the Academy scientist John McCosker, Chair of Aquatic Biology, has led our Galápagos research efforts. McCosker has spent nearly 30 years studying the composition, relationships, and origins of Galápagos fishes, and in 1994, McCosker organized a Galápagos marine biotic survey with colleagues from the Academy, Scripps Institution of Oceanography, and the National Fisheries Institute of Ecuador. Almost two dozen species new to science were found, including 18 new species of nudibranchs described by Academy Invertebrates Curator Terry Gosliner. McCosker also added 11 new species to his list of Galápagos shore fishes.

McCosker and colleagues have used the Johnson Sea-Link, a helicopter-sized deep sea submersible, on multiple expeditions to survey Galápagos marine life 3, 000 feet below the water's surface. Their research has revealed new species of fish and invertebrates, new animal behaviors, and startling observations of the effects of El Nino on local marine biota.

McCosker’s most recently discovered Galápagos species is a type of deep-sea cat shark, the description for which he published in 2012. (The shark, which was described from seven specimens, is approximately a foot long with a chocolate-brown coloration and pale, irregularly distributed spots on its body.) Though McCosker has ventured to the Galápagos many times, his expedition goals have remained the same: to contribute to our knowledge of nearshore fish evolution and island biogeography, and to advise the Ecuadorian government on its resource management policies.